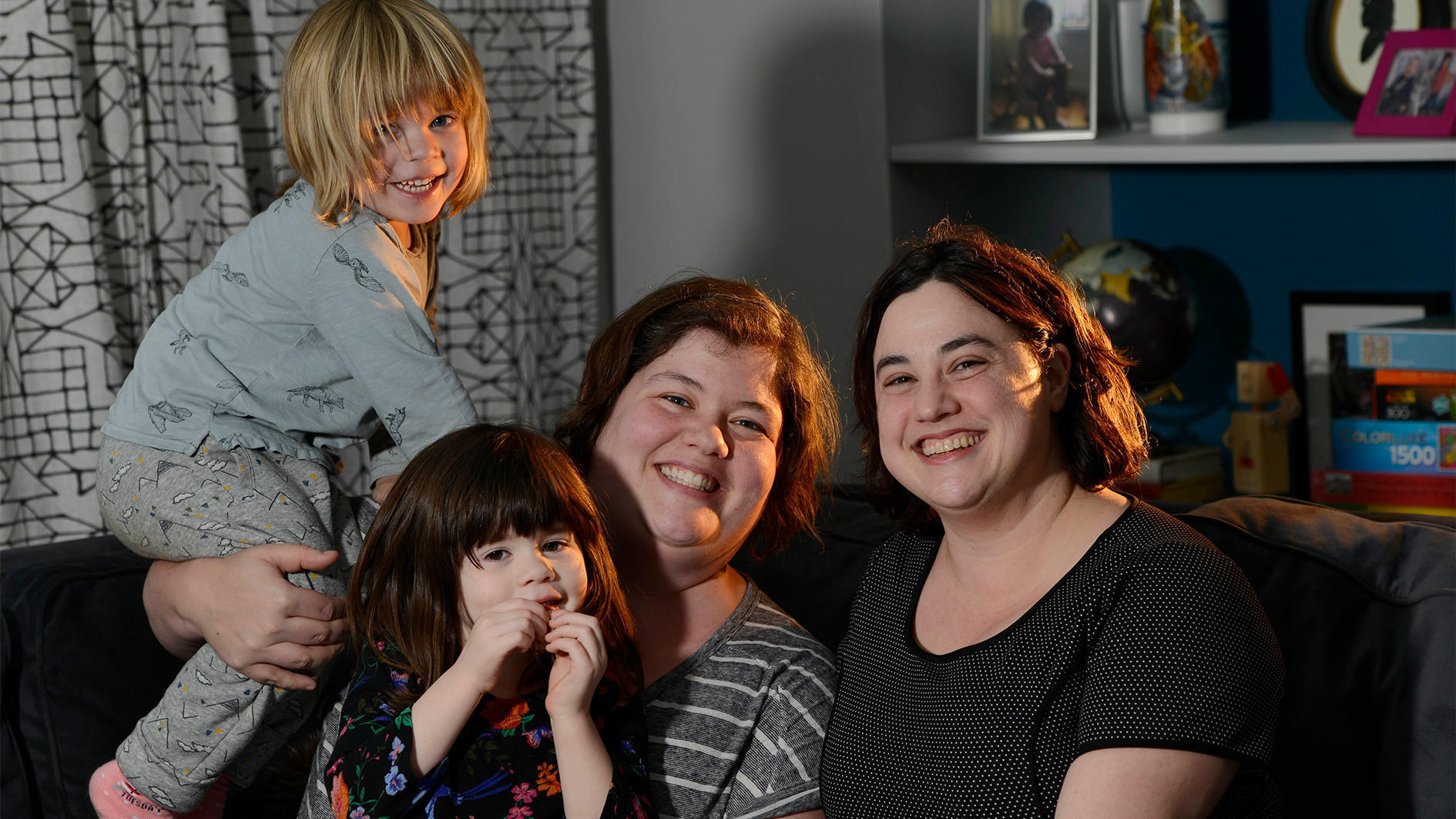 But as the independent workforce continues to grow, self-employed Americans may face a harsh reality if they apply for a mortgage. In fact, many will be rejected simply because they freelance or work for themselves.

When Michelle Taylor, 34, a self-employed public relations consultant, and her husband sought to buy a five-bedroom home in Evanston late last year, their mortgage lender wouldn’t factor her income into the home loan equation because it was deemed unstable, she said.

“We basically had to get a loan based on my husband’s income,” said Taylor, whose spouse works in insurance and risk management.

The couple had built significant equity in the Chicago condo they were selling to buy their new home, but since the lender wouldn’t count Taylor’s income, and the pair weren’t eligible for a bridge loan (a riskier, high-interest short-term loan used to bridge the gap when immediate cash flow is needed) they were in for a more taxing move.

They sold their condo and were briefly homeless for a couple of hours as they put the money from the sale plus a portion of their savings toward the new house.

“We had to close on both properties the same day,” Taylor said. “It was super stressful.”

The mortgage industry doesn’t appear to have caught up with the needs of the growing number of self-employed workers, said tax accountant David Steiner, owner and president of Zebulon Tax Advisory in Springfield, N.J., which helps freelancers secure home loans from mortgage brokers.

“The main reason freelancers have trouble is that the mortgage industry is still operating (as if we’re) in a 1955 environment, where everybody has full-time jobs and works for a large company,” Steiner said, except now it’s 2018 and scores of people participate in the gig economy or work as contractors or freelancers.

One needn’t look far back to figure out the source of lenders’ hesitation about self-employed workers.

“During the go-go days of the housing boom” in the early 2000s, “lenders were not doing a good job of validating income,” says Greg McBride, senior vice president and chief financial analyst with Bankrate.com. Homebuyers “are now held under much tighter scrutiny — we don’t want to go back to the wild, Wild West again.”

Independent workers who have a spouse or significant other with a stable, sizable income may be able to buy a home based on their partner’s income alone, but the process gets trickier when couples need two incomes to qualify for a mortgage.

Chicagoan Kate Rockwood’s freelance income was essential when she and her wife, Rebekah — who works a steady, 9-to-5 salaried job as strategy director at a health insurance company — wanted to buy a home in 2016. Rockwood, now 35, said her work as a writer was profitable, but she’d only been self-employed for 18 months.

“We were told we’d have to wait until I had two full tax returns as a freelancer, and then the mortgage company would basically average the two years’ income and count that,” Rockwood said. That news was disappointing, she noted, “because we were so ready to move out of our small apartment … but I understand where the lenders are coming from.”

Kate Rockwood, who is self-employed, had to wait to accumulate two full tax returns as a freelancer before she and her wife could buy their Logan Square home. (Paul Beaty / Chicago Tribune)

Averaging a couple of years’ worth of income is an option that some mortgage brokers offer their clients, especially those who depend on that income to snag a loan, said Stephen Adamo, head of home loans at Boston-based Santander Bank.

But that method doesn’t always work.

While freelancers can apply for a mortgage at any time, it’s up to banks to decide if it’s enough time to prove their stability.

Steiner, the tax accountant, advises his self-employed clients to set up payroll for themselves so they receive a weekly salary.

“The mortgage companies like this because it fits their 1955 model of consistent paychecks,” he said.

Self-employed workers can start this practice at any time, but the longer they do this before applying for a mortgage, the better, Steiner said.

“It all boils down to proof of income,” McBride said. But even if net income is high enough to afford the mortgage, there’s another caveat.

“An important piece of advice is to be mindful of your write-offs,” said Tim Manni, home mortgage expert at San Francisco-based personal finance website NerdWallet.

Typically, self-employed tax filers write off many expenses that traditional W-2 employees can’t, so their net income (after the write-offs are taken into account) can be significantly lower, Manni said. This can make it more difficult to qualify for a mortgage, because lenders focus on net income.

“The trick is to show a net income, after write-offs, that meets the debt-to-income ratio that lenders prefer, usually ranging from 36 to 43 percent,” Manni said.

The lesson here isn’t that self-employed individuals should avoid write-offs. But those who are applying for a mortgage and plan to write off most of their expenses should work with a loan officer who has training and experience with self-employed people, said Peter Boomer, mortgage distribution executive for PNC Financial Services Group.

“They have to realize that the salary is higher than it looks,” he said.

“Lenders will look for consistency in a potential borrower’s savings history, and they’ll look for a good credit history, which demonstrates to the lender that you have a responsible track record of managing your money and paying your bills on time,” Adamo said.

Good credit and savings history won’t help if your business is just getting off the ground, though, or isn’t generating a sizable income yet.

A heftier down payment would help, as would considering nontraditional loans, which are often offered through private investors or nonbank lenders.

“Nontraditional loan requirements are typically more flexible, but can require a larger down payment or higher interest rate,” said Ebers.

Currently, the interest rates for nonbank loans can be as high as 7 to 9 percent, while conventional bank loans have rates of about 4 to 4.25 percent, Boomer said.

“Self-employed people should be very wary of this,” Boomer said. And subprime loans, he warned, which are designed for those with poor or limited credit and come with higher interest rates and sometimes additional costs, should only be used as a last resort.

Danielle Braff is a freelance writer.

Source: How to land a mortgage without a salary. For freelancers, a good home loan is hard to find. – Chicago Tribune

Take 10 minutes, complete the SplitReady Assessment and find out if you're prepared for your divorce.

Join the SplitReady Divorce Pro Network and get the power of the SplitReady platform behind you to quickly and effectively build your divorce practice.

To immediately exit the SplitReady site, click the Escape button located in the lower left corner of your browser.

Also, please ensure that you practice safe browser behavior by using incognito or private setting, clearing your cache, and closing your browser when complete.

Learn more about what SplitReady has to offer by watching this brief video. To get access to your FREE membership, simply take the 10-minute assessment and learn immediately if you’re SplitReady.

NOT SURE IF YOU'RE READY FOR DIVORCE? FIND OUT.

Subscribe to SplitReady’s newsletter and receive valuable tips, news and resources to help prepare you for your divorce.